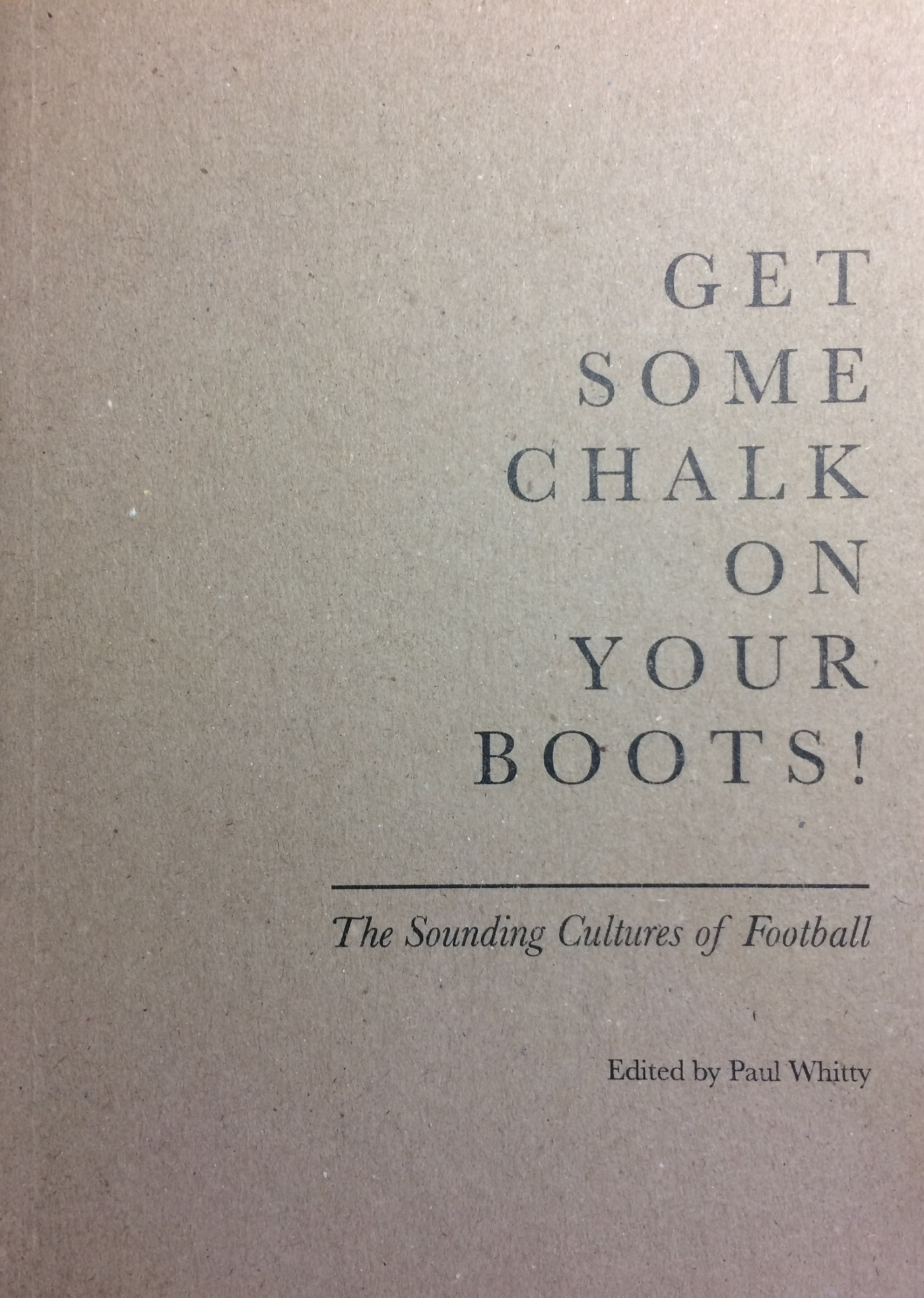 As part Get Some Chalk On Your Boots! we have published an anthology of short essays about football and the sounds of the everyday. Edited by Paul Whitty from SARU the publication includes contributions from writer and artist Juliet Jacques, composer Laurence Crane, poet and academic Steven Matthews, composer and writer Lauren Redhead, phonographer Patrick Tubin McGinley; artists Davide Tidoni and Duncan Whitley; photographer Darren Luke; and writer Ruth Potts.

The writing engages with the sounding cultures of football as sonic spectacle; as auditory delight; as a source of visceral electrifying energy; as a means of locating, identifying and articulating ourselves as political subjects. The sounds of football are part of our daily lives. The ephemeral grassroots soundings of parish council pitches. The buzz of late night radio commentary. The roar of the crowd seeping out into the night and spreading like a rm mist across nearby streets. The on-pitch communication of the players–stick it in the mixer! Corner flags whipped into sound-making action by the breeze. The crack as a ball strikes the crossbar. The thud of football on boot then grass and soil as the goalkeeper sends it long down field. The incessant voice of the popular media. The rattle of the line-marker and the slosh of paint as the pitch is marked out. The clatter of football boots on concrete or the sounds as they are struck together to remove mud. The resonant corridors of the stadium. Football talk at the pub–on the bus–in the cafe. The slam of plastic seats as the crowd stand– craning to see a corner. The con ict between the corporate stadium sound system and the oral culture of the Ultras. The cries of joy and despair. The referee’s whistle and the quiet calm–the void–of the stadium after the game, when the crowd has gone.

The publication is available here.