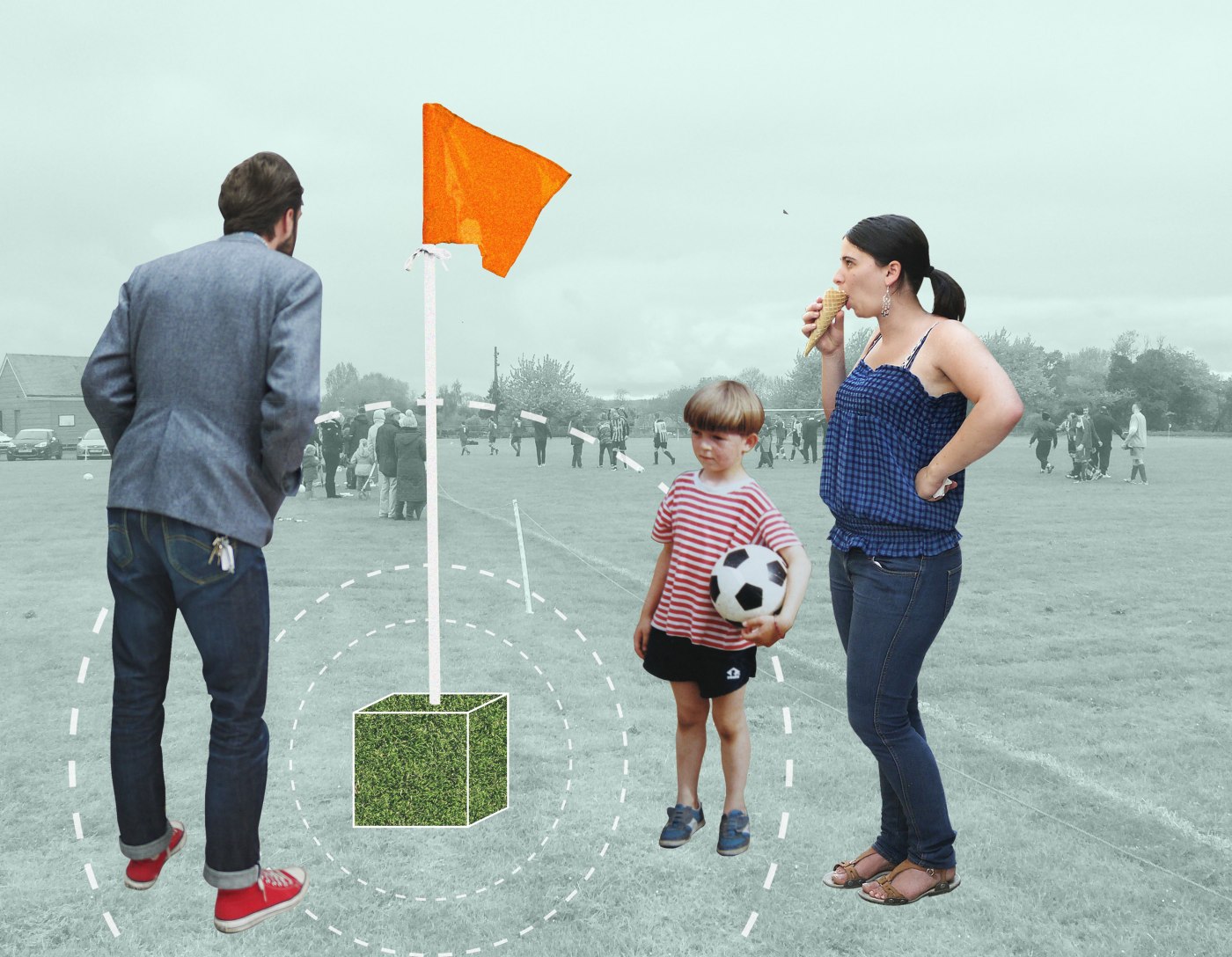 Whatever else you see while watching Checkendon Exiles v Wheatley King and Queen in the Upper Thames Valley Sunday League or Algeria v Senegal in the African Cup of Nations Final, you will definitely notice the corner flags. They have been an essential part of the material culture of football, from the grassroots to the professional game for over a hundred years, giving the referee a fighting chance of identifying whether the ball has gone off for a throw-in or a corner.

With the recent decline in goals scored direct from corner-kicks, our attention this summer has often been on the corner flag as a useful prop as teams seek to run down the clock and frustrate their opponents – as expertly demonstrated by the USA at the FIFA Women’s World Cup – but we shouldn’t let this distract us from the potential joy of the corner flag illustrated by Klass Van Huntelaar’s high kicking celebrations; the role they played in Italia ‘90 as a partner for Cameroon’s dancing Roger Milla; as the punch-bag for Australia’s shadow-boxing Tim Cahill; and as a key site of innovation and invention illustrated by Trent Alexander-Arnold’s famous Champions League semi-final corner for Liverpool v Barcelona – using the corner as a site of deception, of sleight of foot as he set up Origi for Liverpool’s crucial fourth goal.

Rahul Karthi at the Jumpers for Goalposts football culture festival invited Grace Crannis and Paul Whitty to create an installation that had – in some way – the sound of grassroots football embedded in it so naturally they chose to embed the sounds in a series of corner-flags. The corner-flags were resident at the festival and then moved on to Who are Ya an event exploring art, identity and football at Tate Exchange.

With support from the Tate Exchange.